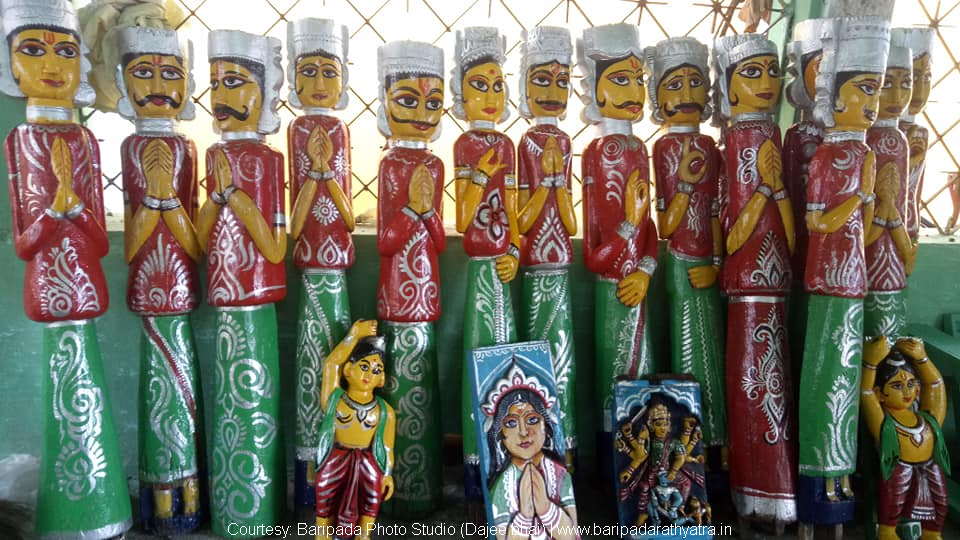 Making of the Parswa devata (Side-deities), placed at the sides of the Chariots 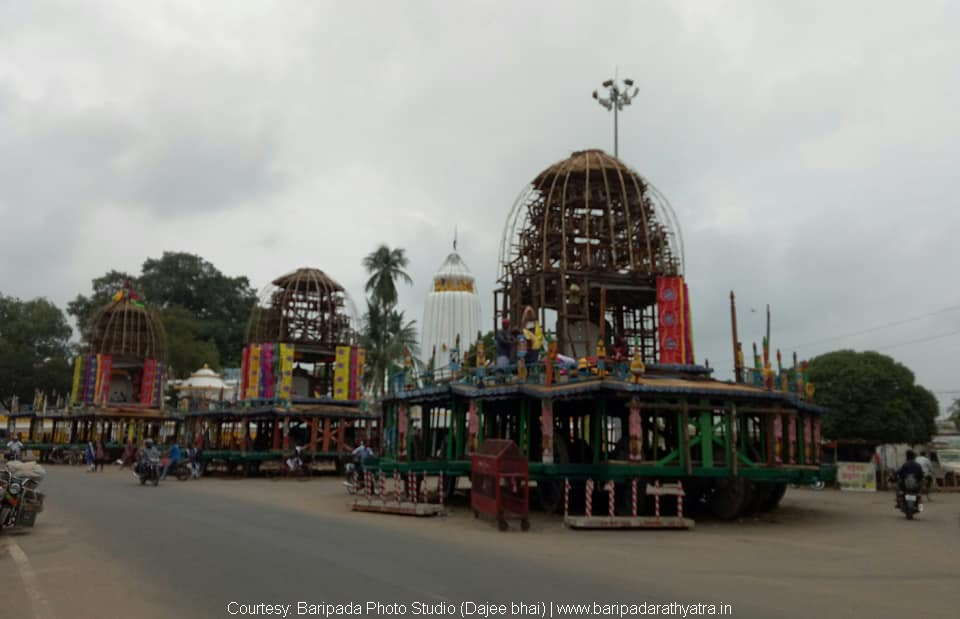 The 3 chariots at the Bada danda (Grand road), under their final touch of construction by the Mahranas (Carpenters) 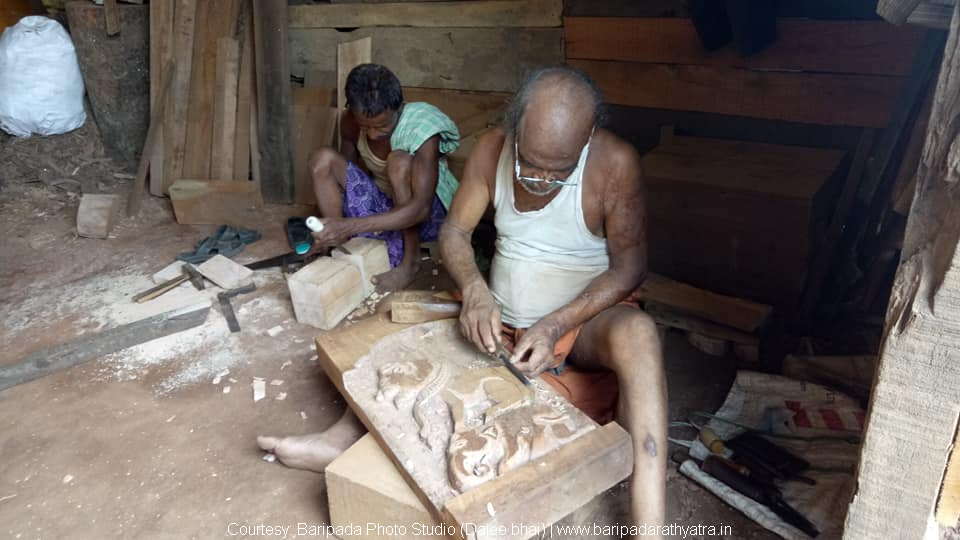 A Maharana (Carpenter) is busy in making the chariots 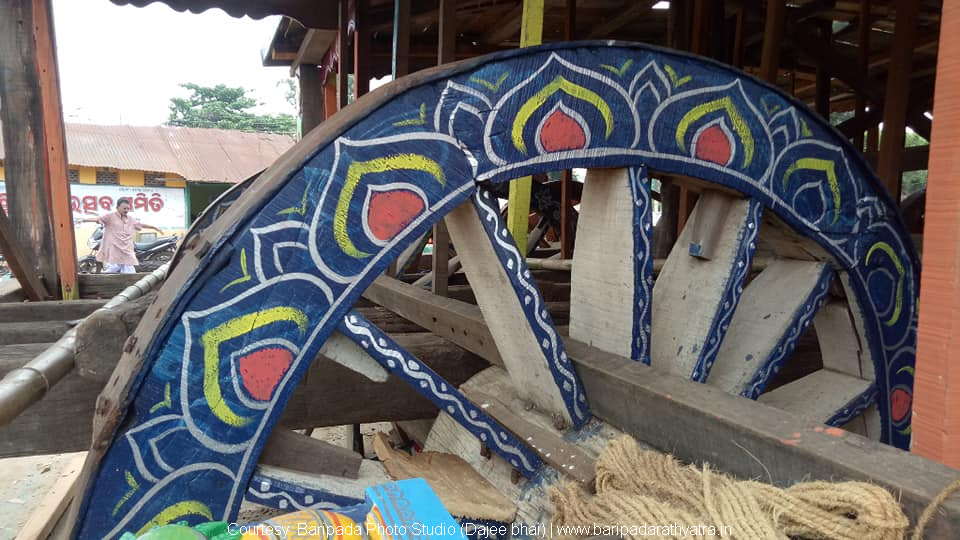 The sacred Wheel of the Chariot 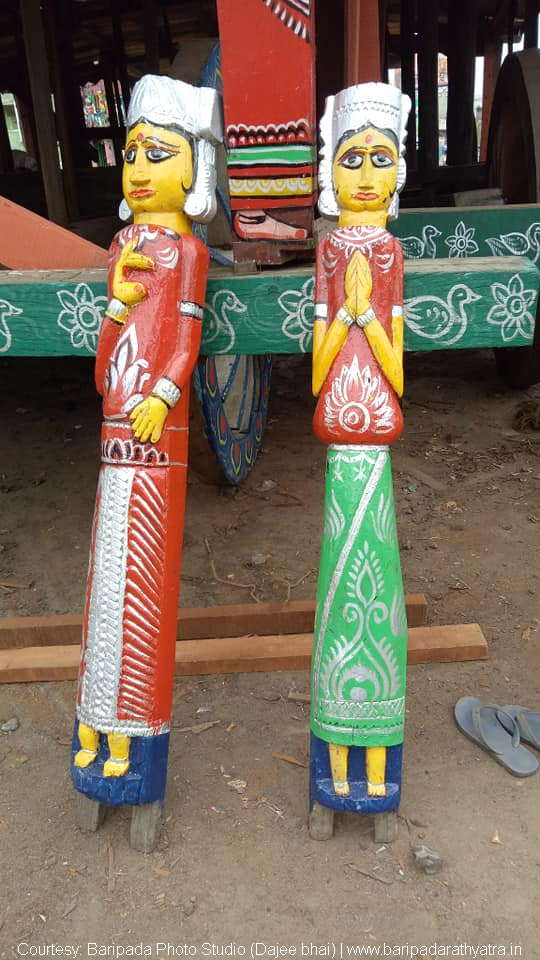 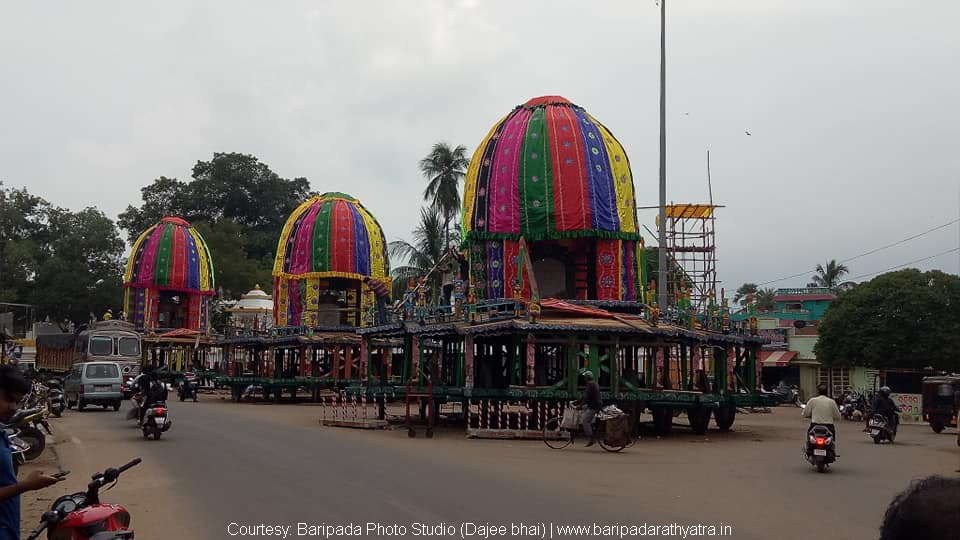 The 3 chariots are in their Final stage of construction 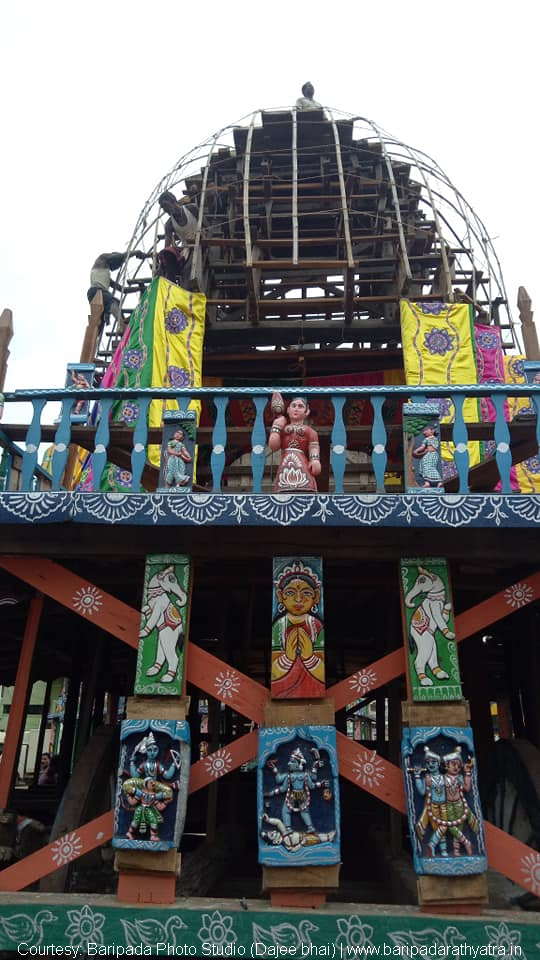 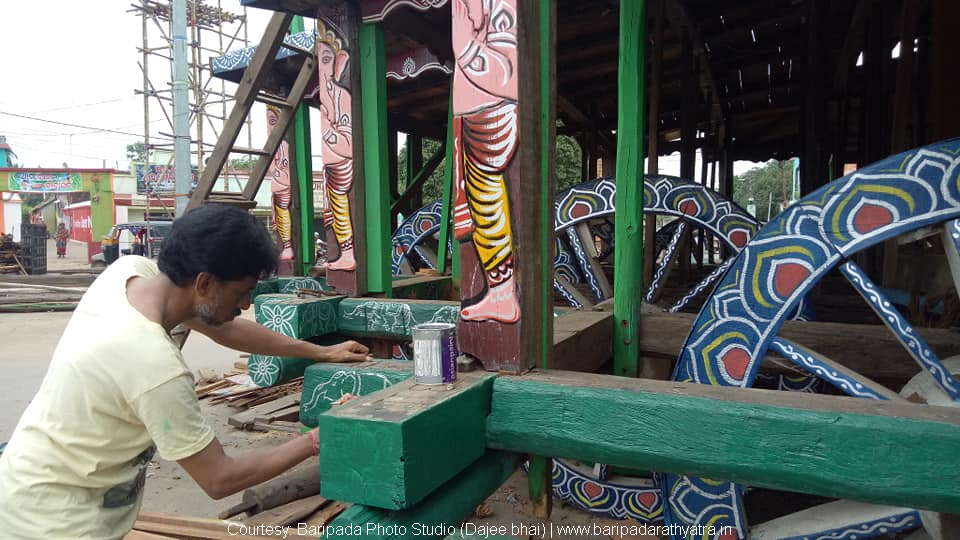 A Maharana (carpenter) is working on a chariot 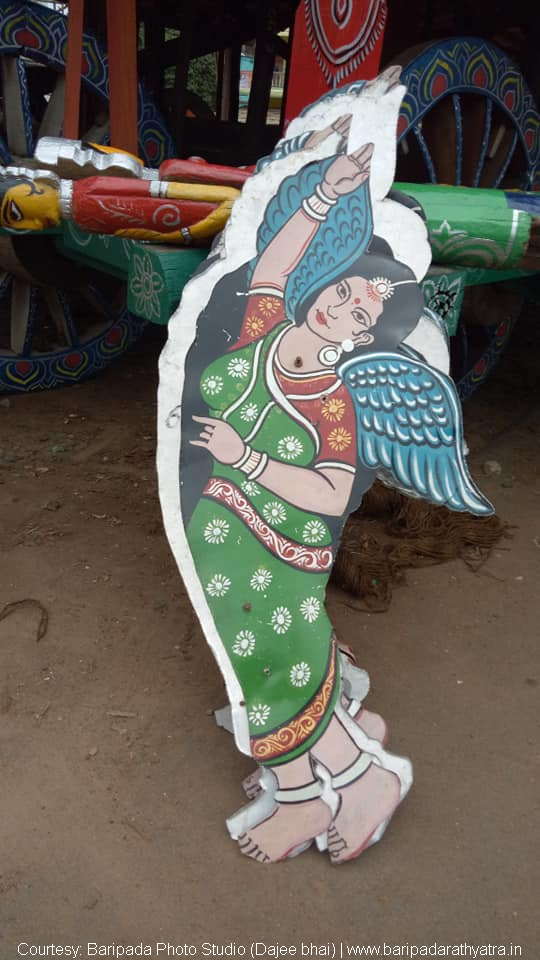 A sculpture, ready to be used in the chariot 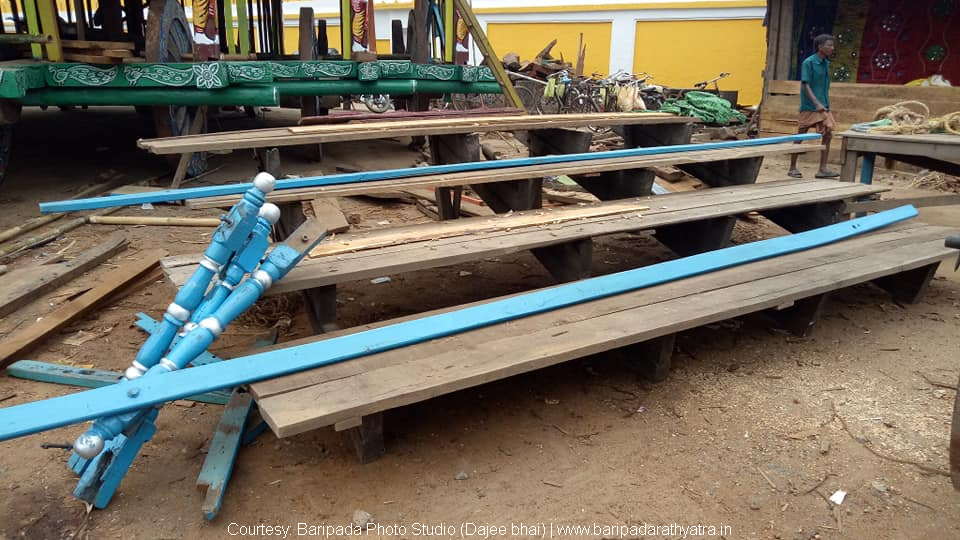 The Stair-case of the Chariot 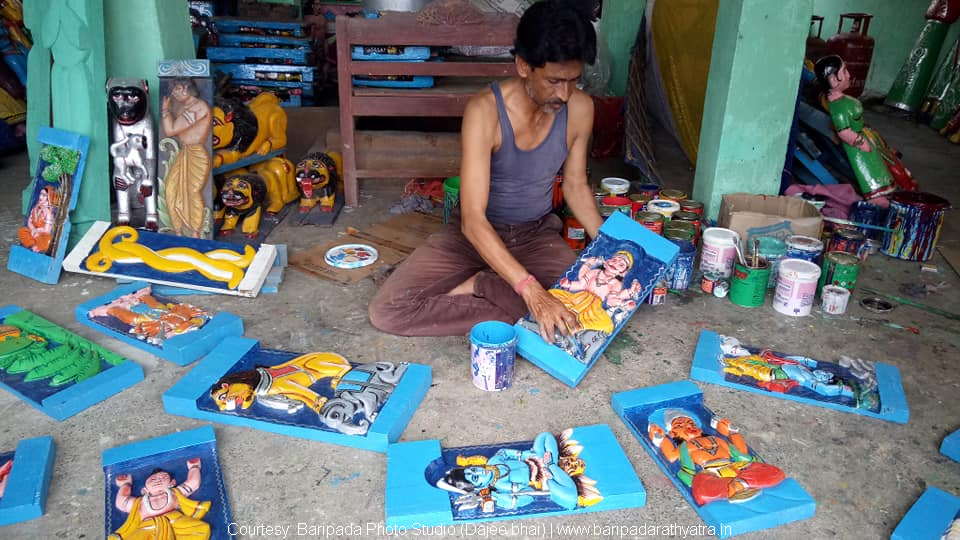 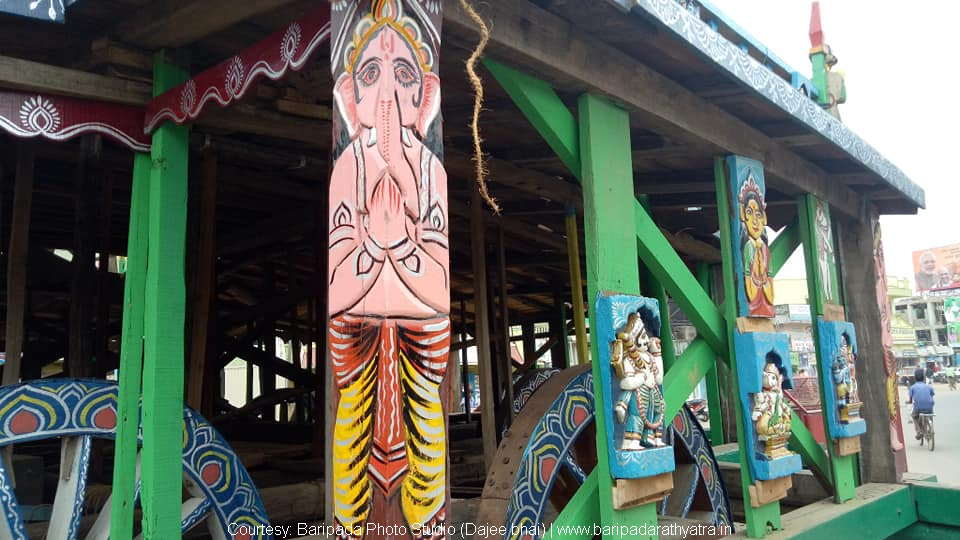 Side view of a Chariot 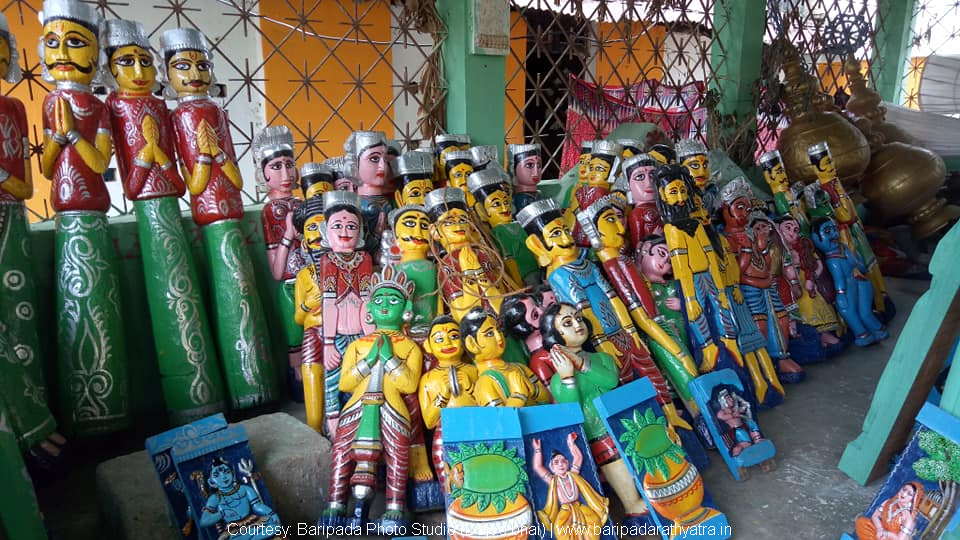 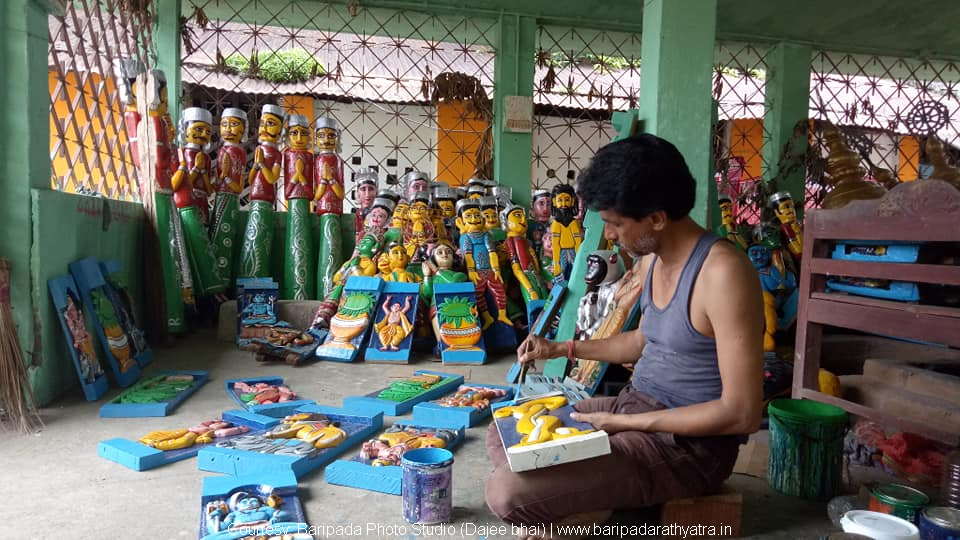 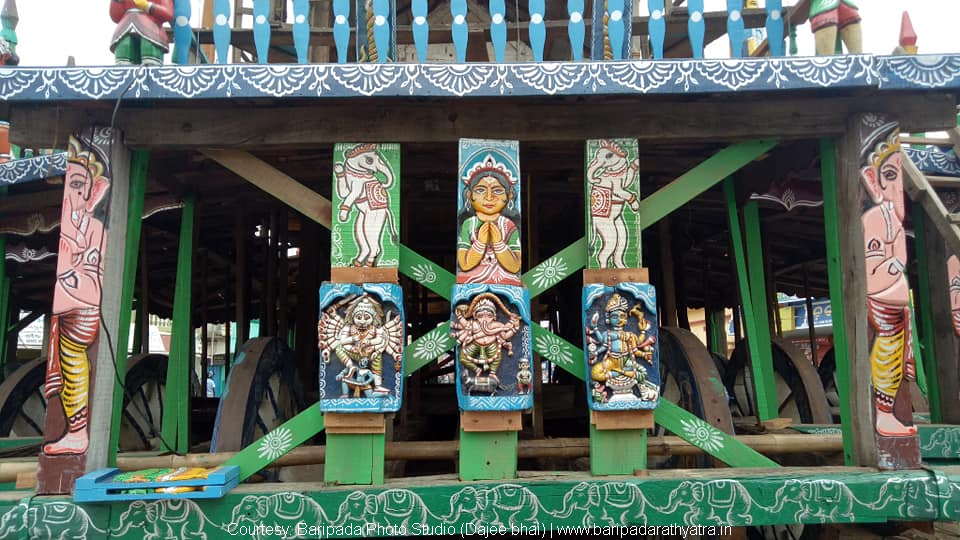 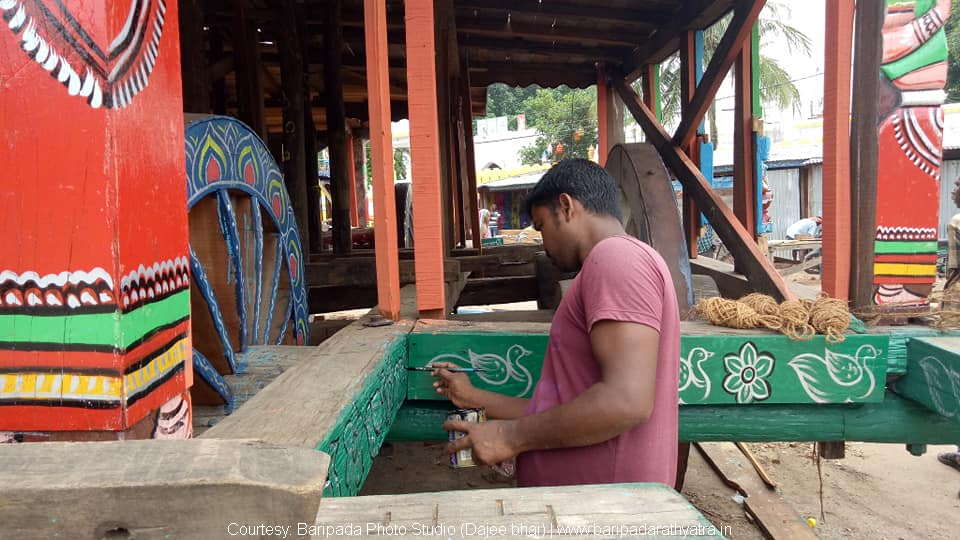